I wanted to try Microsoft Flow for the first time. So I thought of a use-case and came up with a thing that has been bothering me for a while. When I have an epic moment while gaming on my Xbox, I can capture it with a quick double tap on the Xbox icon and the ‘x’ button.

The next step is to get it in the cloud. Because auto-upload is still not a thing yet. (please upvote)

So if the recording is done, you get a notification and keep the xbox icon pressed to put it up on OneDrive.

So it’s in the cloud. But it’s private… I wanted it to be available on YouTube

This is my use-case! I have seen several options (how ironically) on YouTube about using the YouTube app for Xbox. But I want to auto-upload and have it set to private. So that I only have to occasionally look into my YT account and crop, caption, publish them. But it will be the easiest option, because the files are already at the right destination. 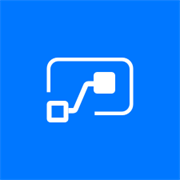 The YouTube connector/triggers/actions are limited… So I need to pull in something more externally to get it to work. I hope that they will add more capabilities in the future for flow and YT

There are no actions, so you can’t upload from Flow to YouTube (yet) I have added it as an idea for flow. Since I decided that using Flow was a requirement (to get to know the product) I made this flow:

Sorry for the Dutch. But it says: when a file is made, make a file on Dropbox.

I have specified the video/xbox dir for onedrive and made a new dir on Dropbox as target.

So Flow lacks some options… I had an old but still active IFTTT account (if this, than that) but that also won’t work. So I searched some more and found Zapier. It appears that I could also leave out flow and just use OneDrive to YouTube there. But I wanted to use Flow, so I kept the Dropbox step. So I configured Zapier to auto upload a new Dropbox file and it’s done.

I found out that they are hiring, but they use a totally different stack then what I prefer.

so perhaps it’s something for you dear reader. They have some great docs about creating an Zapier app with the node.js sdk. But as I have said. I like a different stack. So here is a C# approach with webhooks for Zapier. They should/could add (unsupported) C# docs to their official site.

So I finally have a semi auto upload to YouTube. A quick tap-tap on the xbox button on the controller and hit the X to record the last 30 seconds. Send it to Onedrive and from there it’s auto to dropbox and automatically to YouTube (as private) video ready for captioning an publishing it. Maybe someday when I have some spare time, I’d automate it even more or better but for now: good luck and take care!